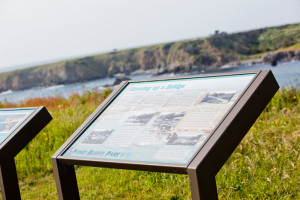 In 1960, Leroy and Mickey Nielson built a home for their family at the south end of the Noyo Bridge. They simultaneously built a detached restaurant and named it the “Harbor Restaurant.” In 1961, the Nielson family built the existing Harbor RV Park office and the first two rows of mobile home spaces. The remainder of Harbor RV Park was completed in 1964. That same year, after the unexpected loss of his wife on Mother’s Day, Leroy purchased the existing office manager’s trailer for him and his two daughters to live in, so he could rent out the restaurant and detached home. Leroy eventually remarried, and he and his wife, Dorothy, ran the park until 1989. The Harbor Restaurant and detached home eventually became enclosed into one building and was renamed the “Cliffhouse Restaurant.” 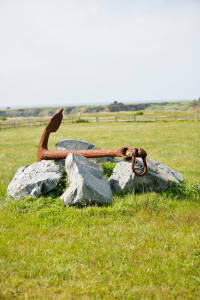 One of Leroy and Mickey’s daughters, Lorrie Halseth, still resides at Harbor RV Park. She remembers the time when codes and laws were a little less stringent, and RVs were allowed to set-up on the bluff behind the park for an even better view of the ocean. She also speaks of an on-site RV parts store her family operated out of the park; they sold everything from to RV hoses and filters to RV toilet paper and even camper shells. She recalls impressing her husband when he saw her for the first time on a fork lift with 4” heels loading a camper shell onto a truck.

In 1989, Jack Shaw purchased Harbor RV Park, and in 2003, after over a decade of ownership, he sold the park to another family. In January 2014, the park was reacquired by the Shaw Family. Harbor RV Park has been undergoing major renovations since the re-acquisition. Repairs and upgrades are continuously being made to the park with the goal of creating an exceptional vacation destination.  We strive to provide our guests with enjoyable and memorable experiences while staying with us.

In 2006, the city of Fort Bragg opened Pomo Bluffs Park along the rocky bluffs adjacent to Harbor RV Park. Guests can enjoy a leisurely stroll along the meandering path that lines the rugged bluff and eventually leads to Pomo Bluffs Park.